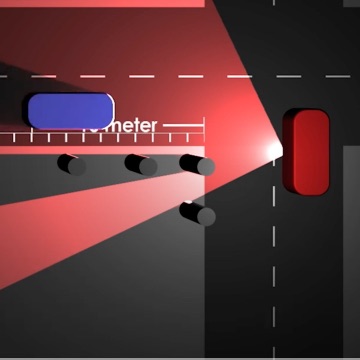 As a long-term fan of Tesla (and investor in TSLA), I have enjoyed watching the evolution of the Telsa FSD (Full Self Driving) feature. If you have read my previous posts, you know that I think that it will be a long time before Tesla or anyone else completely solves FSD.

Progress on FSD will continue and I expect that it will get rolled out with many limitations at first. Most media descriptions view FSD as all or nothing. THIS IS NOT HOW IT WILL GO. (You can read some of my previous opinions here.) There will be a slow (very slow in my opinion) increase in what is allowed by FSD cars. This could include limited regions, limited roads, limited driving conditions, and limited maneuvers. Let me describe these limitations in a bit more detail:

I envision a gradual rollout of allowed self-driving. A big part of this will be the limitation like listed above.

Much has been written about the location of Tesla’s side cameras and how they limit the car’s brain to even see the road conditions and traffic on the sides of the car. Without being able to see what is going on, the car is not going to have much luck driving itself!

The main concern is the car’s ability (or lack of ability) to see cars coming from the left at an intersection. This is for countries where cars drive on the right side of the road (RHT, Ride-side Traffic). LHT (Left-side Traffic) countries would be the opposite and are not covered by this article.

The Tesla’s side-view cameras are located on the B-pillar (90° side and forward-facing) and front quarter panels (rear-facing). It is the B-pillar camera that detects traffic approaching from the side when the Tesla is at an intersection.

This B-pillar camera location may be a nice location for manufacturing, but it is not great for viewing down the road at intersections. Note that the Quarter panel camera is facing the rear of the car and cannot help at all with the side view at intersections.

The animation below of shows how this location can be bad.

This animation is not very realistic for MOST driving situations. There are codes and laws on road design that make most intersections very safe with lots of clear side viewing. But, ANYONE who has driven for a while knows there are times when you lean forward to try to get a better view of traffic coming in from the left. Very easy to see that this camera which will already be further back in the car and UNABLE to lean forward will have a more difficult time.

Chuck’s video below shows a difficult unprotected left turn. You can get a bit of a feel about how the B-pillar camera is not really far enough forward. Also, if you listen, Chuck talks about the camera positions a bit in the video.

This would allow for better viewing on the unprotected lefts, but 2 new problems would arise. First and foremost, I think they chose the quarter panel for the rear-facing camera because they could have it protrude out and actually be able to see down the side of the car. To move this camera to the B-pillar probably would look strange and have the clean Tesla look. Personally, I’m much more into function than style so this would not bother me.

A second issue could be keeping the camera clean. Dirt and grime get on the camera lens will cause FAILURE. Seems that the B-pillar is a “cleaner” location and the quarter panel works better for a rear-facing camera.

Another Idea for side camera placement

It would be really nice to have the side camera behind a windshield wiper. So, how about going back to the past and with a more curved front windshield. The side camera for the drivers side, could be located in the upper corner behind the windshield in an area cleaned by the wipers.

To those of you paying attention, you see that I have put these side cameras on an old Super Beetle. I used this image because it seems to have the curvature that would be needed for the new Tesla windshield.

Of course the position would have to be optimized with the wipers and ensure to not block forward viewing, but that all seems doable to me. I think the high powered Tesla designers could make this all work nicely. Then, the side view cameras would 1) be farther forward than a human driver, and 2) be able to be cleaned with the existing windshield wiper.

I wonder what the internal people at Tesla are thinking about this problem. Do you?

I don’t think that this solution would allow for this location of side view cameras on the passenger side of the car. And, of course, LHT countries that drive on the left would need the cameras and windshield wipers flipped accordingly.