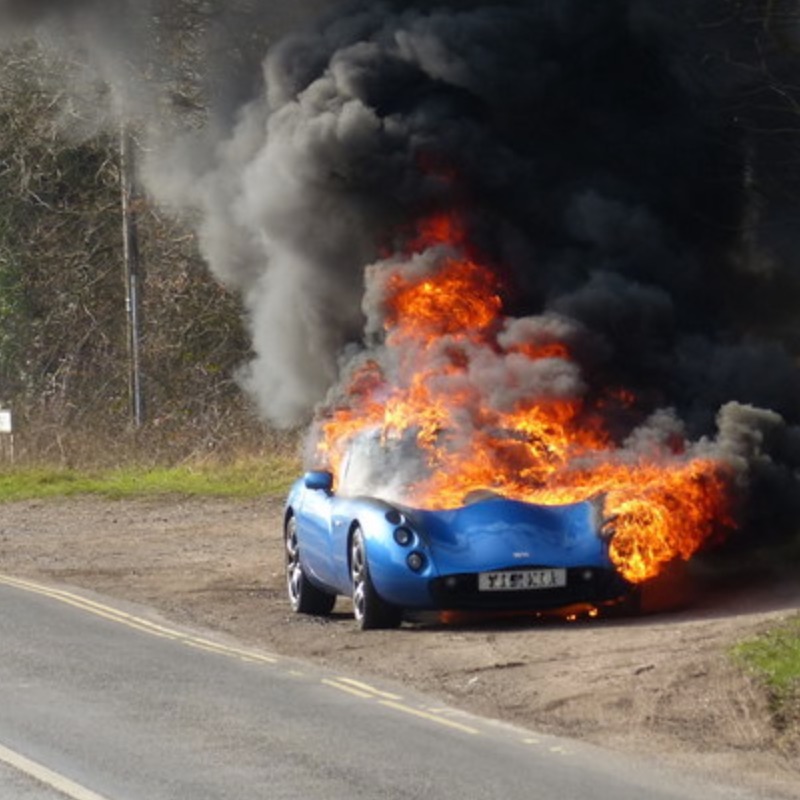 More time has passed. GM has issued a “permanent” fix for Chevy Bolt fires, and another one has burned with that fix applied! The situation is not good. For a recent update, see this excellent article at electrek.co.

GM is now investigating 5 Bolt EV fires (as opposed to the 3 mentioned at the time this article was originally written) and they are speculating that there is an issue when the battery is at or near 100% charge and has issued a recall to mitigate the problem while they investigate further. You can find details here: https://my.chevrolet.com/how-to-support/safety/boltevrecall

Although the calculations in the posting would be different, they would still show that the Bolt EV’s fire risk is not that extreme when compared to gas cars in general.

My quick calculation shows that gas cars, aka Internal Combustion Engine or ICE cars, are 15 times more likely to catch fire than a Chevy Bolt.

There have been recent news story (electrek.co) about three Chevy Bolt EVs catching fire and NHTSA investigating. Being a fairly new Bolt owner, I wondered if this is problematic. Certainly, the bad press is not good for the Bolt and EVs in general, but “How bad is this?” My quick search did not reveal any even basic analysis of the RATE of fires, so I did a quick calculation.

Ok, this is very much a “back of the napkin” analysis. EVs are newer. Would be better to compare same aged cars. EVs are probably driven less far and have less time on the road. Probably better to include some usage information. Number of car registrations may not be a good representation of the number of ICE cars. The severity of injury should be considered… you get the idea.

I remember seeing the videos when mobile phone started catching on fire. People got worried because the Li-ion batteries are known for becoming flammable when the cells are shorted together. So, if used in a car and it crashes, the batteries could cause a fire.

Net: I think there is much more data to come and EVs are very very new compared to gas cars. For now, I’m not worried, but YMMV.